Recently, the China International Finance 30 Forum and the International Studies Department of the Chinese Academy of Social Sciences hosted an internal video seminar, focusing on what major changes the Russian-Ukrainian crisis has brought to the global financial landscape, what impact it will have on China, and how China should respond. Mr. Gao Yusheng, the former Chinese ambassador to Ukraine, delivered a speech at the seminar. The following are his remarks per his revisions.

The Russia-Ukraine War is the most important international event since the Cold War; it ends the post-Cold War period and begins a new international order.

1. Russia’s posture in this war has become increasingly passive and unfavorable, and it has shown signs of failure.

The main reasons for Russia’s failure are:

First, after the disintegration of the Soviet Union, Russia has always been in a historical process of continuous decline; this decline is first and foremost a continuation of the Soviet Union’s decline before its disintegration, and is also related to the mistakes of the Russian ruling clique in domestic and foreign policies. Western sanctions have further intensified this process. The so-called revival or revitalization of Russia under the leadership of Putin is a false proposition that simply does not exist; the decline of Russia manifests in its economy, military, science and technology, politics, society, and all other fields, and has also had a serious negative impact on the Russian military and its combat strength.

Second, the failure of the Russian blitzkrieg and the failure to take quick action indicates that Russia is beginning to fail. Its economic and financial resources, which are a far cry from its status as a so-called military superpower, make it very difficult to support a high-tech war that costs hundreds of millions of U.S. dollars a day. The embarrassment of the Russian army’s defeat due to poverty can be seen everywhere on the battlefield. Every day the war drags on is a heavy burden on Russia.

Third, Russia’s advantages over Ukraine in terms of military and economic strength have been offset by Ukraine’s resolute and tenacious resistance and the huge, continuous, and effective assistance of Western countries to Ukraine. The generation gap in weapons technology and equipment, military understanding, and combat models between Russia and America and other NATO nations has further highlighted both sides’ strengths and weaknesses.

Fourth, modern wars are necessarily hybrid wars, covering the military, economics, politics, diplomacy, public opinion, propaganda, intelligence, information, and other fields. Russia is not only in a passive position on the battlefield, but has also already lost in other fields. And this has determined that it is only a matter of time before Russia is finally defeated.

Fifth, when and how this war will end is not for Russia to decide. Russia’s hopes to end the war as soon as possible, while ensuring it achieves vested its vested interests, have been dashed. In this sense, Russia has lost its strategic dominance and initiative.

2. The degree of resistance and intensity might increase further in the next stage of this war.

The possibility of expansion and escalation cannot be excluded. This is because: the goals of the parties are diametrically opposed to each other and directly at odds with each other. Ensuring the ownership of Crimea and the occupation of Udon is clearly Russia’s bottom line. While Ukraine will not yield to Russia on issues of sovereignty or territorial integrity, and is determined to recover Eastern Ukraine and Crimea through war. The United States, NATO, and the European Union have repeatedly declared their determination to defeat Putin.

The American president’s National Security Advisor, Sullivan, recently emphasized three goals that the U.S. hopes to achieve in the Russian-Ukraine war: first, is an independent and free Ukraine; second, is a weakened and isolated Russia; and third, is a strong, unified, and determined West.

To realize these goals, the United States, NATO, and EU countries have not only significantly increased their aid to Ukraine, but the United States also passed the Lend-Lease Act for Ukraine, for the first time since World War II. The U.S. has internationalized and institutionalized aid to Ukraine through the meeting of 41 Ministers of Defense. More importantly, the degree of direct participation in the war by the US, UK, and other nations is deepening and expanding in scope. All of this suggests that the war will be fought until Russia is defeated and punished.

3. The Russian-Ukrainian War and the New International Order.

The Russian-Ukrainian War has completely ended the Yalta system and the remnants of the Cold War, and the world began to move towards a new structure and order of international relations. After the break up of the Soviet Union, Russia inherited the Soviet Union’s status as a permanent member of the UN Security Council and a military superpower; Russia carries on and retains much of the legacy and influence of the former Soviet Union in domestic politics, economics, society, culture, and ideology; Russia’s foreign policy is a mixture of the former Soviet Union and the Tsarist Empire.

(1) The core and primary orientation of the Putin regime’s foreign policy is to view the former Soviet Union as its exclusive sphere of influence, and to restore the empire through integration mechanisms in various fields dominated by Russia. For this reason, Russia is duplicitous and reneges on its promises; it has never truly recognized the independence, sovereignty, and territorial integrity of other former Soviet countries, and frequently violates their territories and sovereignty. This is the greatest threat to peace, security, and stability in Eurasia.

The Russian-Ukrainian War has drastically changed this situation. After Ukraine became independent, especially since the year 2000, the two factions that advocated moving to the East and to the West were basically evenly matched, and they took turns ruling through elections. After Russia annexed Crimea and occupied eastern Ukraine in 2014, anti-Russian sentiment in Ukraine rose, and pro-Russia forces began to shrink. Most Ukrainians, not only in the west but also in the east, support the country’s joining the EU and NATO.

After the outbreak of the war, the situation in Ukraine fundamentally changed; Ukraine is not divided domestically by party, region, or class, but is united in the fight against Russia to save the country. It can be said that Russia has already completely lost Ukraine. At the same time, all of the countries of the former Soviet Union except Belarus, including members of the Collective Security Treaty and the Eurasian Economic Union, have refused to support Russia. The defeat of Russia will cause the complete loss of any possibility of it putting its house in order and restoring the empire.

Russia clings to the pursuit of restoring the union or empire, breaking the existing international order and changing the geopolitical map of Eurasia, in order to gain the international status and influence of the Russian Empire or the former Soviet Union. This is fundamentally opposed to and in conflict with the US and the West. This is the main contradiction and sticking point in Russia’s relations with the US and the West.

The contention and struggle between the two sides on this issue is to a large extent a continuation and reverberation of the U.S.-Soviet Cold War, and it also has a definite ideological coloring. Through this war, the stand-off and struggle between Russia and the U.S. and the West come to an end with the complete failure of Russia. And also definitively conclude the post-Cold War or the continuation of the Cold War.

(2) The key points of some possible evolutions in the international order after the Russia-Ukraine war:

3. Other former Soviet countries may experience new and varying degrees of de-Russianization, and some countries will move more actively to the west.

4. Japan and Germany will completely shed the constraints of having been defeated in World War II and accelerate arms development while more actively striving for status as political powers. But they will neither break away from the Western camp, nor completely abandon the policy of peaceful development.

5. The United States and other Western countries will vigorously promote substantive reforms to the United Nations and other important international organizations, and might also start new ones if reforms are obstructed. Either way might draw an ideological line of so-called democracy and freedom to exclude Russia and some other states.
A consemnat Pop Ciprian-Dorel 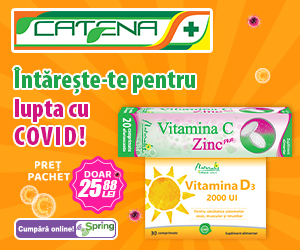 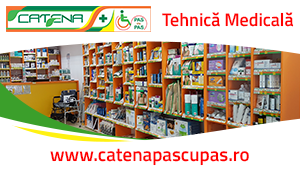